TOWARDS PAX SINICA? – CHINA’S RISE AND TRANSFORMATION: IMPACTS AND IMPLICATIONS 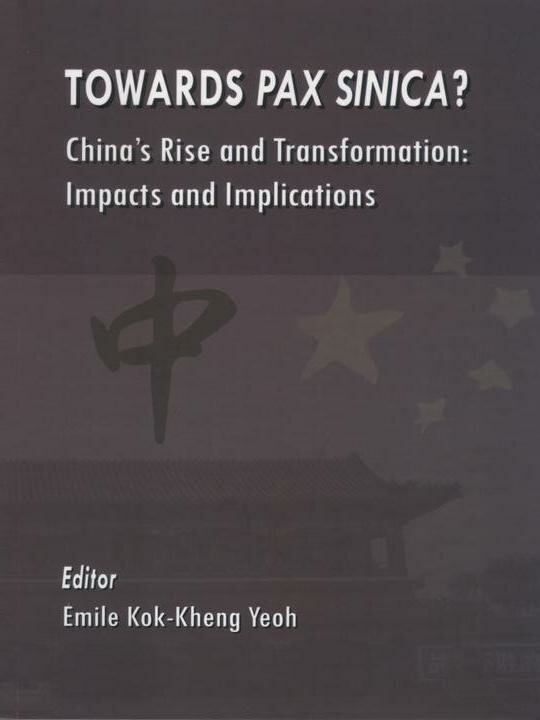 The year 2009 marks several significant anniversaries for China, some triumphant, some tragic. Indisputably the leading light of the year’s BRIC summit and the stellar performer amidst the global financial crisis, China has also celebrated without a doubt her return to the centre of the world by her successful hosting of the Olympics and her first spacewalk a year before, though a series of other incidents have made such triumph far from unequivocal. Beyond her borders, China’s material rise and miraculous accomplishments have been closely watched by her Northeast Asian and Southeast Asian neighbours, for the economic well-being and national security of countries big and small in these regions are now very much tied to China’s ascendance as a global and regional economic power, engine of growth, political force and potential military juggernaut to be fully reckoned with. This book examines and critically analyzes the regional political and economic implications of the rise of China from the perspectives of her Northeast and Southeast Asian neighbours, the rural and urban developmental dilemmas and challenges the Asian giant is facing on the domestic front, as well as the future of the country’s continued odyssey of development, modernization and reform against the backdrop of consequential policy responses at momentous critical junctures and subsequent State policy development within the context of the exigencies engendered by ethnoterritoriality and the interplay of central State and peripheral nationalisms.