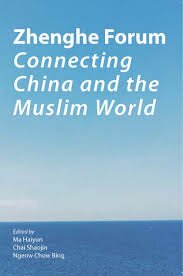 As a world religion, Islam has transcended boundaries of race, country, and people. Throughout history, Islam has reached far beyond the Middle East and is embraced by peoples of different skin colours. Academic studies and public discourses on Islam and Muslims are diverse and distanced from the Middle East, the traditional heartland of Islam. This is particularly true that in the post-9/11 context, academia and media interests on Islam and Muslims tend to search for other places where Islam is practised in lieu of the Middle Eastern version of Islam. Female mosques in China, for example, have been reported by the US media as a “model of inclusion for Muslim women.”1 Inspired by these practices in China (as Edina Lekovic mentions in her Khutbah)2 as well as those in India, Germany, and other non-Middle Eastern and even non-Muslim countries, a women’s mosque of America was founded in 2014. The creation of this women’s mosque reflects the diversity and plurality in Islam as well as the mutual influences between globalization and localization.

Historically, different regions have interpreted Islam in diverse ways, particularly among non-Muslim peoples. In China, early Muslims and Islam in the Tang dynasty (AD 618–907) were called “Dashi” (“Tajik”) 大食, indicating the role that Persia and the Persian language played in early Chinese knowledge about Arab Muslims. Geopolitical dynamics in Central Asia since the 8th century and the shifting relations between China and its Central Asian neighbours have deeply shaped the Chinese conceptualization of Islam, when Turkic peoples, known as Huihu 回鹘 became the major neighbouring power in the northwest frontier. By the Mongol era, the Hui religion 回教, the religion of Hui (Turkic and other Muslims) people, and practitioner of the Hui religion, Huihui 回回, replaced the previous “Dashi” as the standard reference to Islam and Muslims, respectively.