INTERNATIONAL JOURNAL OF CHINA STUDIES VOL 1 NO 2 OCTOBER 2010 (SPECIAL ISSUE – CHINA IN TRANSITION: SOCIAL CHANGE IN THE AGE OF REFORM) 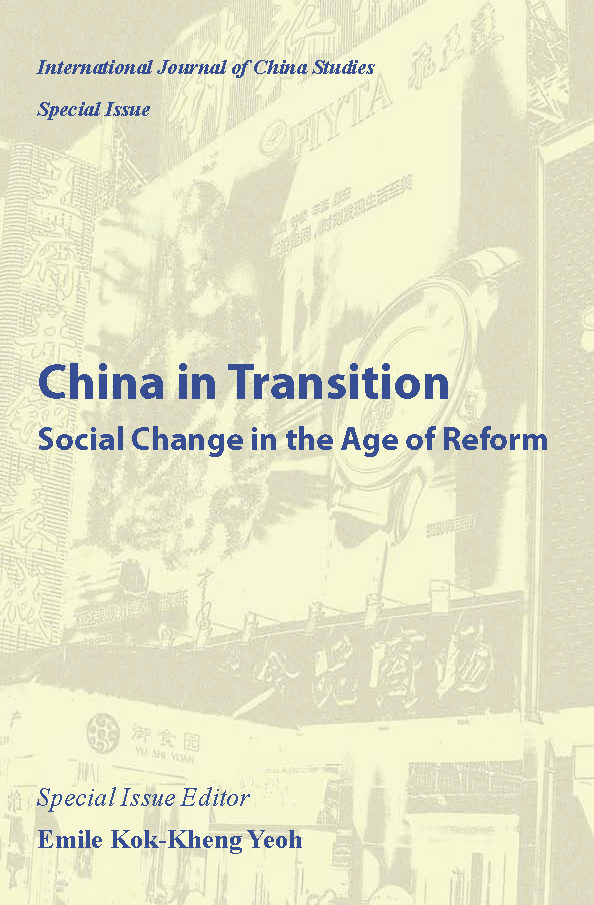 China is a country in great transformation. Over the last three decades the highly remarkable economic performance of the once low-income and inward-looking state of China has attracted increasing interest from academics and policymakers. China’s astounding transformation is reﬂected not only in her economy, but also in her social changes in the past few decades, and this inevitably is also going to have implications for the country’s domestic sociopolitical development. For instance, the country’s breakneck economic transformation and the accompanying income and wealth disparities could be engendering increasingly volatile intergroup relations that would result in intensiﬁed resource contest which in turn may see groups coalesce along socioracial and ascriptive lines and thus further polarized by such divides, aggravated by transnational inﬂuences brought about by the selfsame globalization that has ironically contributed to her very economic “miracle” in the ﬁrst place. Adapting Green’s change process model (2008) and Reeler’s threefold theory of social change (2007) to the China context, this paper investigates how various dimensions of social change have been engendered by the three decades of Chinese economic reform and how these various facets of social change are impacting on the coming direction and trajectory of the country’s socioeconomic and political transformation, how the interplay of State policy and societal response within the context of the exigencies engendered by the country’s continued odyssey of development, modernization and reform is shaping the future of the civil society, and how from both the theoretical and empirical perspectives the complex polity-economy-society nexus involved in the transformation of modern China are having wider ramiﬁcations for the country’s future.