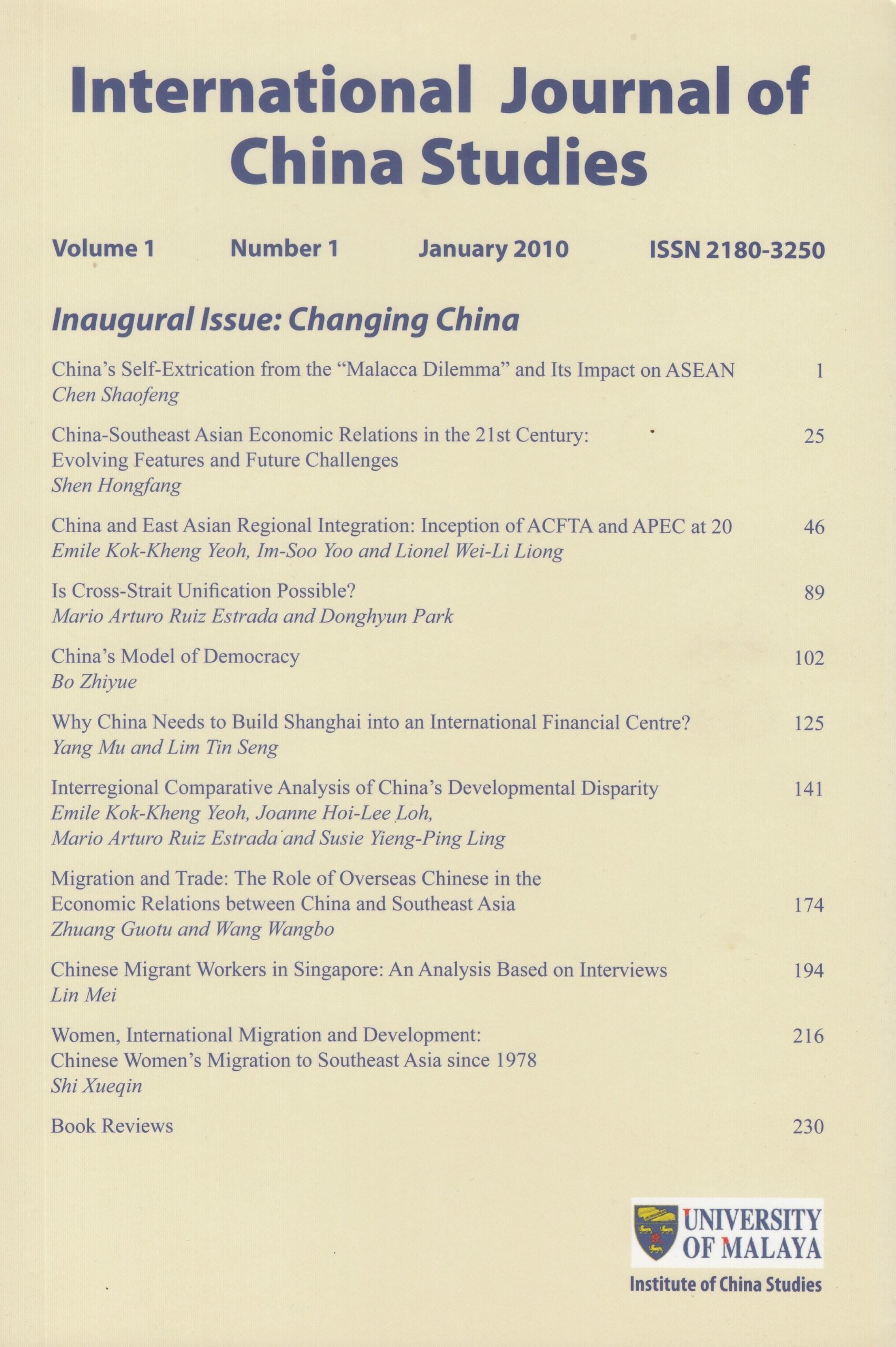 This volume, “Changing China”, represents the inaugural issue of the International Journal of China Studies, the academic journal of the Institute of China Studies, University of Malaya. The ten papers selected for inclusion in this inaugural issue showcase the major areas of the institute’s research interest: contemporary China’s political and socioeconomic development, and her external political and socioeconomic relations in the context of regional and global political economy. More speciﬁcally for this inaugural issue, related to the former area of study are three papers that deal respectively with contemporary China’s interregional developmental disparity, her developing political model, and Shanghai as a potential international ﬁnancial centre, while covering the latter ﬁeld of research are another three papers that look at the geopolitics of resource security, China-Southeast Asian economic relations and China’s role in East Asian regional integration. In a way spanning both domains are a paper that focuses on the critical issue of cross-Strait integration and three others that analyze the economic, social and gender aspects of the Chinese “new migrants”. With a broader view of migration based on its deﬁning feature of cross-border mobility, the latter papers deal with an age-old phenomenon, albeit in new forms, that is affected by and in turn impacts upon the socioeconomic development of not only the destination country but also the country of origin.

As the ﬁrst issue of the journal, this volume thus brings together research outputs on these main areas of the institute’s research focus encompassing the many challenges stemming from the emergence of China as a global and regional economic power and increasingly important political player in the contemporary increasingly globalizing world. The publication of this inaugural issue of the journal also marks the continued development of the Institute of China Studies, University of Malaya, as an academic research organization dedicated to the advancement of scholarship on China’s political and socioeconomic development and her international relations in the context of regional and global development.