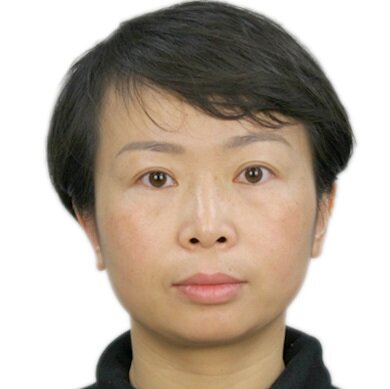 Dr. He Yanqing worked as a Research Fellow in the Institute of China Studies (ICS), University of Malaya (UM) from 2015 to 2018. And she was also the deputy editor of the journal Contemporary China Studies(ISSN : 2289-7534). She is currently a partner in the Chinese National Social Science Fund subject – “the Relationship Between China and Southeast Asia” and she is undertaking a program in this field Collect, Sort Out And Research The Archives About The Relations Between China and the Federation of Malaya (1948-1963). After organizing a successful workshop on the subject– The Early Period of Cold War in China and Southeast Asia on September 26, 2017, she had given a series of lectures about The Sino-Malaysia ( Malaya) Relations and the Cold War in Southeast Asia in the Tan Kah Kee School, Tan Kah Kee Foundation Malaysia in January 2018 . She is also a main member of the Editorial Board of the Chinese academic website –www.Aisixiang.com.

Prior to this, She was an Associate Professor in the Party History Research Center of the CPC Central Committee (Beijing, China) and had done the research work for more than 12 years in the field of studies about the CPC’s history and the contemporary China diplomatic history. She had taken part in writing the CPC’s official version of its history after 1949 which was published on 2011 (The History of the Chinese Communist Party, Volume II, Beijing: Publishing House of the CPC’s History.) Her writings in Chinese have appeared in The CPC’s History Studies, Contemporary China History Studies, The People.cn, the History of the People’s Republic of China, etc.. Her writings in English also have been published in the Currents of History (ISSN : 0354-6497). She attended the Seventh Graduate Seminar on China in Hong Kong 2011 which was organized by Universities Service Centre for China Studies and CUHK-Chiang Ching-kuo Foundation Asia-Pacific Centre for Chinese Studies. In the past 3 years in the Institute of China Studies, University of Malaya, she organized two successful international academic workshops: one was “China and Southeast Asia during the Cold War” in September, 2017 and the other is “The Chinese Cultural Revolution and the Left-Wing Movements In Southeast Asia” in August, 2018. she had also done several impressing presentations in the international academic conferences. For example, she (cooperated with Ms Wuer Beimi) did an very expressive presentation on The Fate of the Bank of China in Malaya under the Cold War—Mainly Using Chinese Archives to Interpret the Economic Exchange Failure between China and Malaysia before the Establishment of Formal Diplomatic Relation in the International Conference –“21st Century Maritime Silk Road and Chinese Soft Power: Review and Prospect”.

She had already published several articles in the CSCI journals and international journals. For example, she (Cooperated with Kee-Cheok Cheong and Ran Li) published the article Revisiting the Malayan Emergency: the China Factor in the Baling Peace Talks on Cold War History in February, 2019.