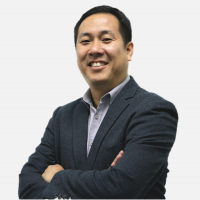 Ling Tek Soon is a senior lecturer at the Institute of China Studies, University of Malaya. Apart from teaching, he is currently working on a UMRG project in University of Malaya, entitle “Abode of Dead, Depository of Knowledge and Contested Realm: A Study of Chinese Cemeteries in Malaysia”.

Ling Tek Soon received his BA (Chinese Studies) and MA (East Asian Studies) from University of Malaya in 1997 and 2002.His thesis was titled “The Fundamental Ideologies of Deng Xiao Ping Conceming Reformation and Renewal since 1978″ (Idea-idea Asas Deng Xiaoping terhadap Dasar Reformasi dan Pembukaan sejak tahun 1978). He was a tutor in the East Asian Studies Department, University of Malaya from 1998 to 2000 while working jointly as a n executive editor in The “Rosa Sintesis” Journal published by Centre of Malaysian Chinese Studies.

In year 2001, he worked as a Mandarin Lecturer in UiTM, Pahang. Subsequently, he  went on to pursue a Ph.D at Tsinghua University, Beijing in 2007. He received a doctorate degree in 2011 with a thesis titled “The Political Idea of Yangdu”. In the same year, he was appointed as a lecturer  in Institute of China Studies, University of Malaya.